A gesture-recognizer object decouples the logic for recognizing a sequence of touches (or other input) and acting on that recognition. When one of these objects recognizes a common gesture or, in some cases, a change in the gesture, it sends an action message to each designated target object.

1 Create a new empty Creo project and drop a OvalShape object into the Design Board. Then change its thickness to 0.0 and set a fill color you like: 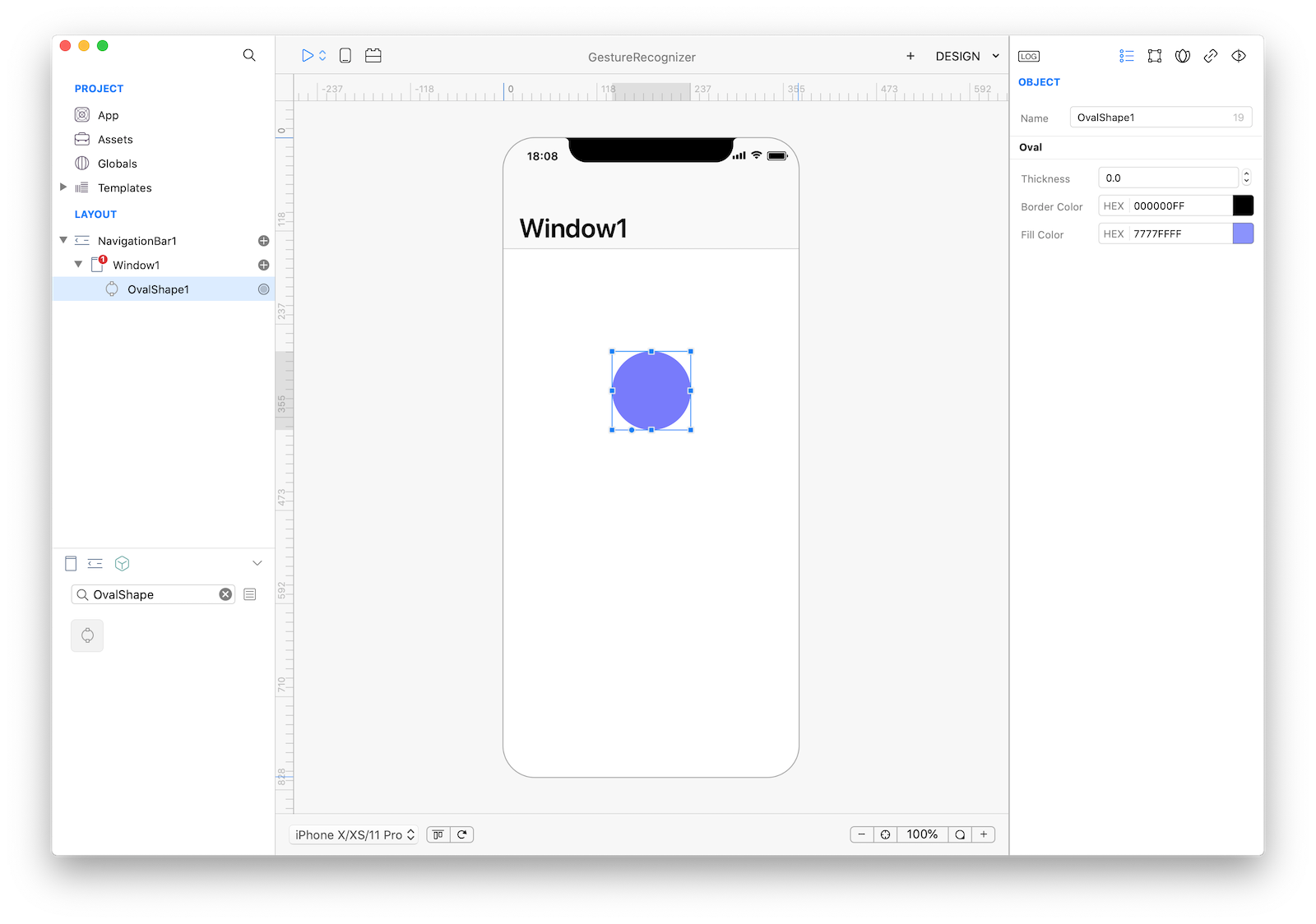 2 Drop a PanGesture object from the Gestures objects inside the OvalShape1 object: 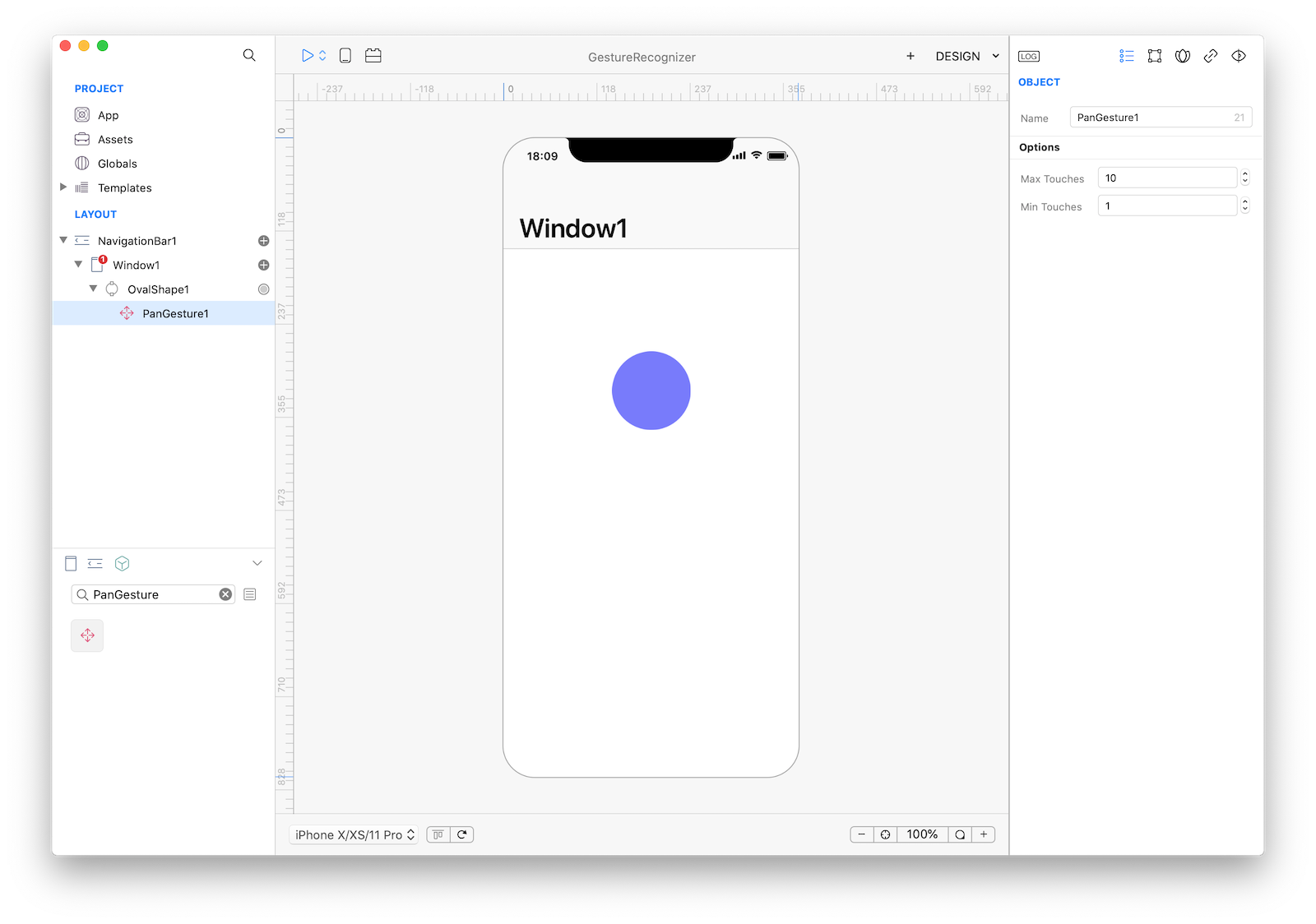 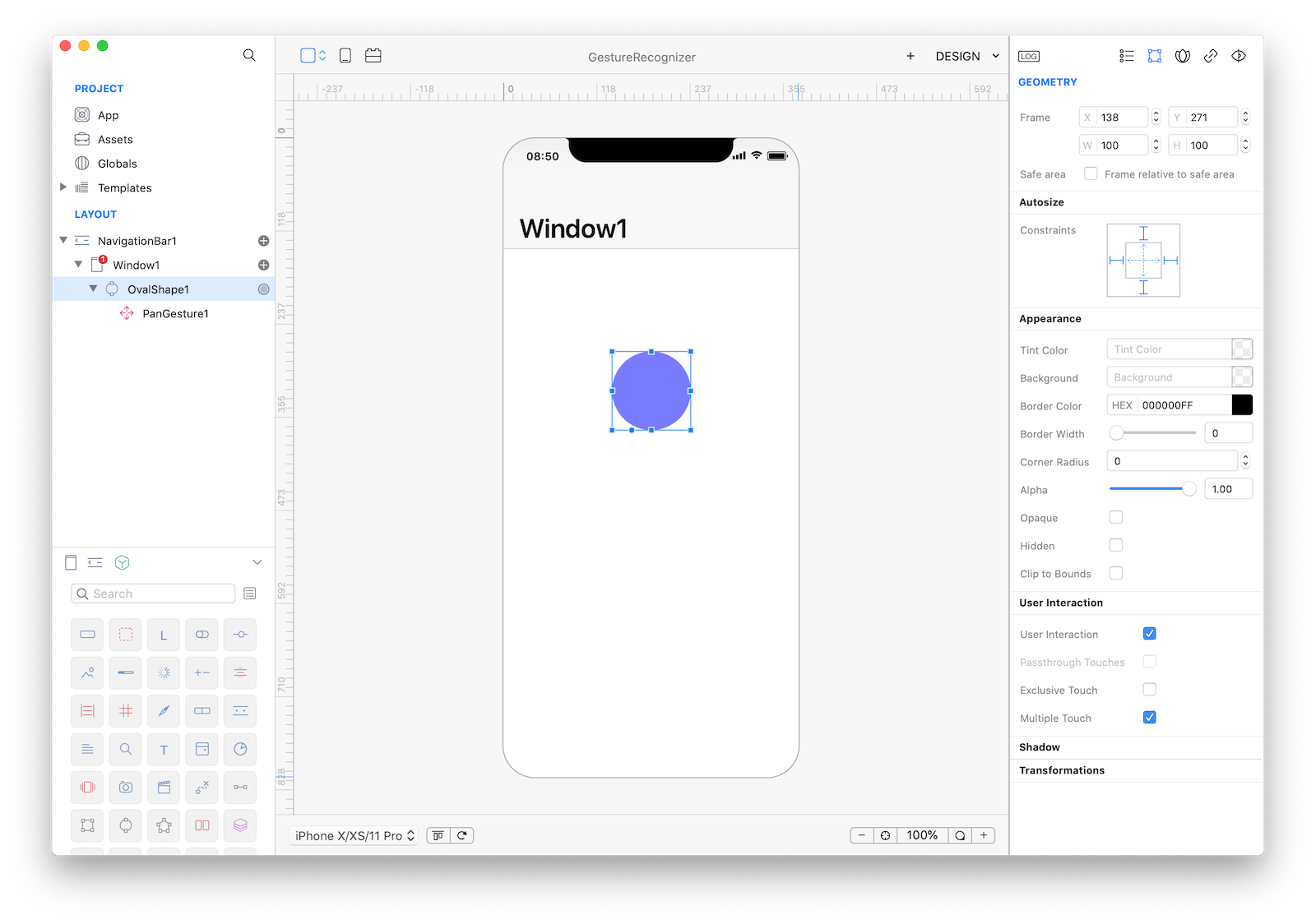 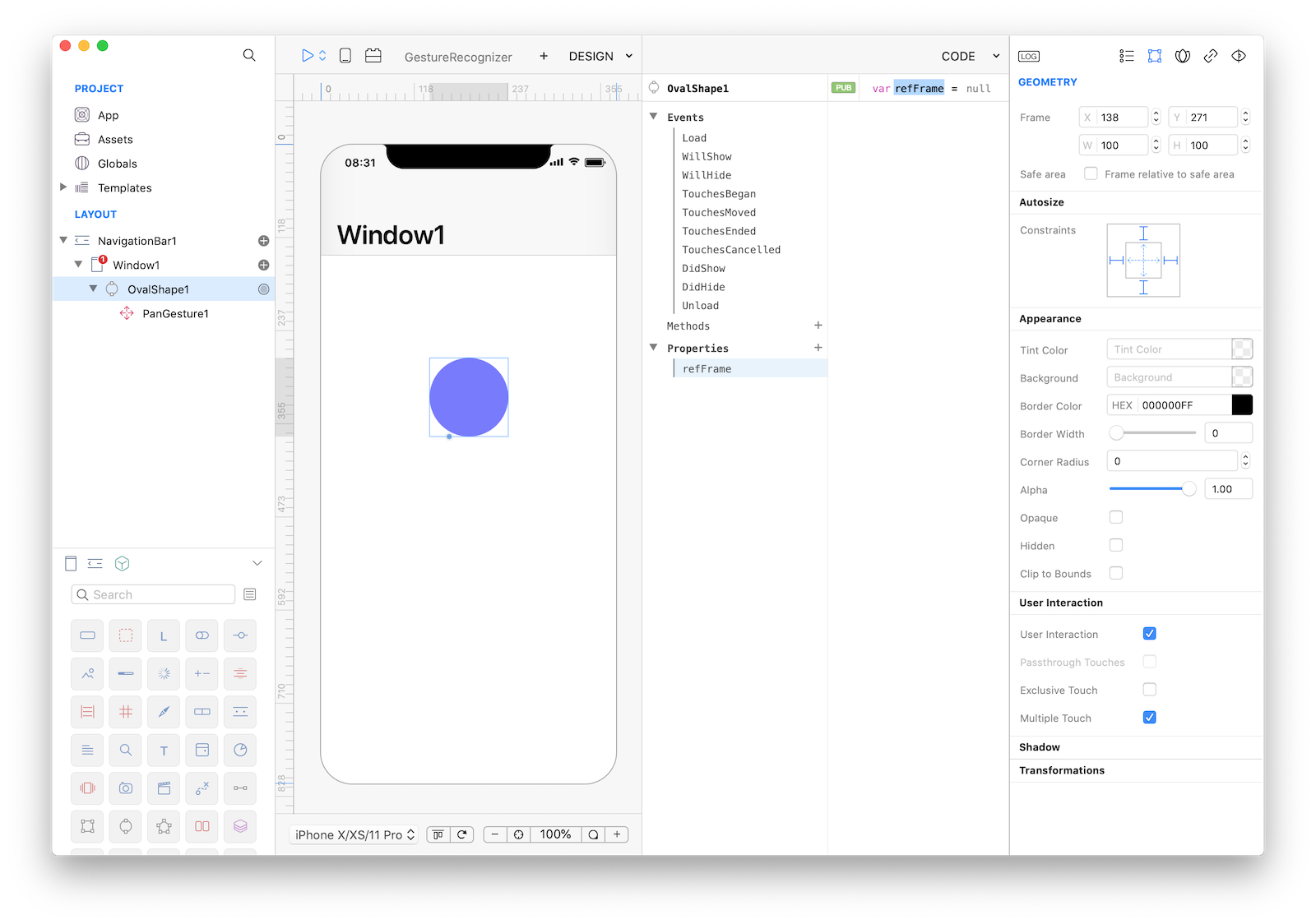 5 Now select the PanGesture1 object and in its Action even write the following code:

6 That's all you need in order to have a fully functional Assets browser app. Press RUN and enjoy the app!

You can now send the app to CreoPlayer or build it and then submit to the App Store.