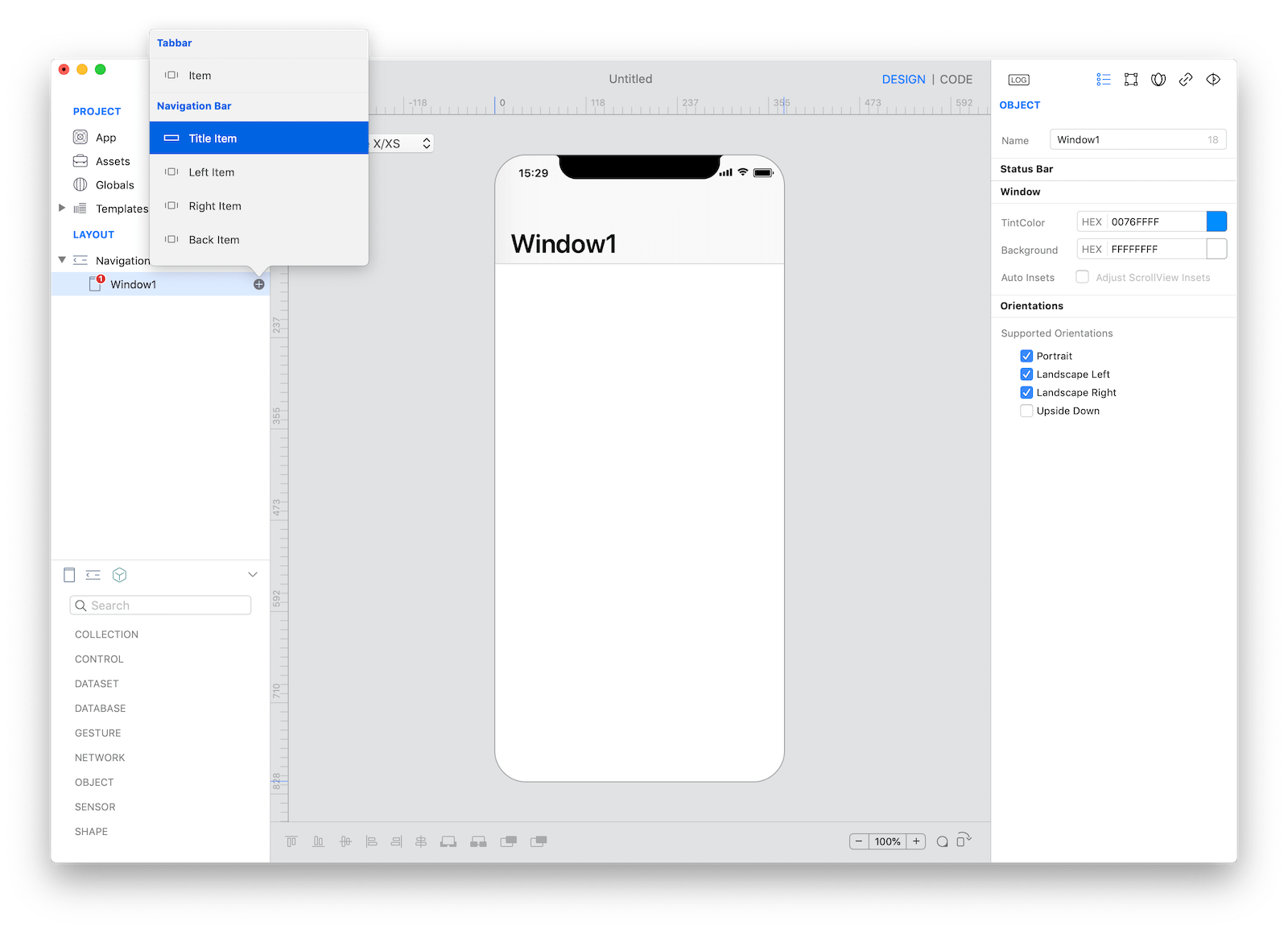 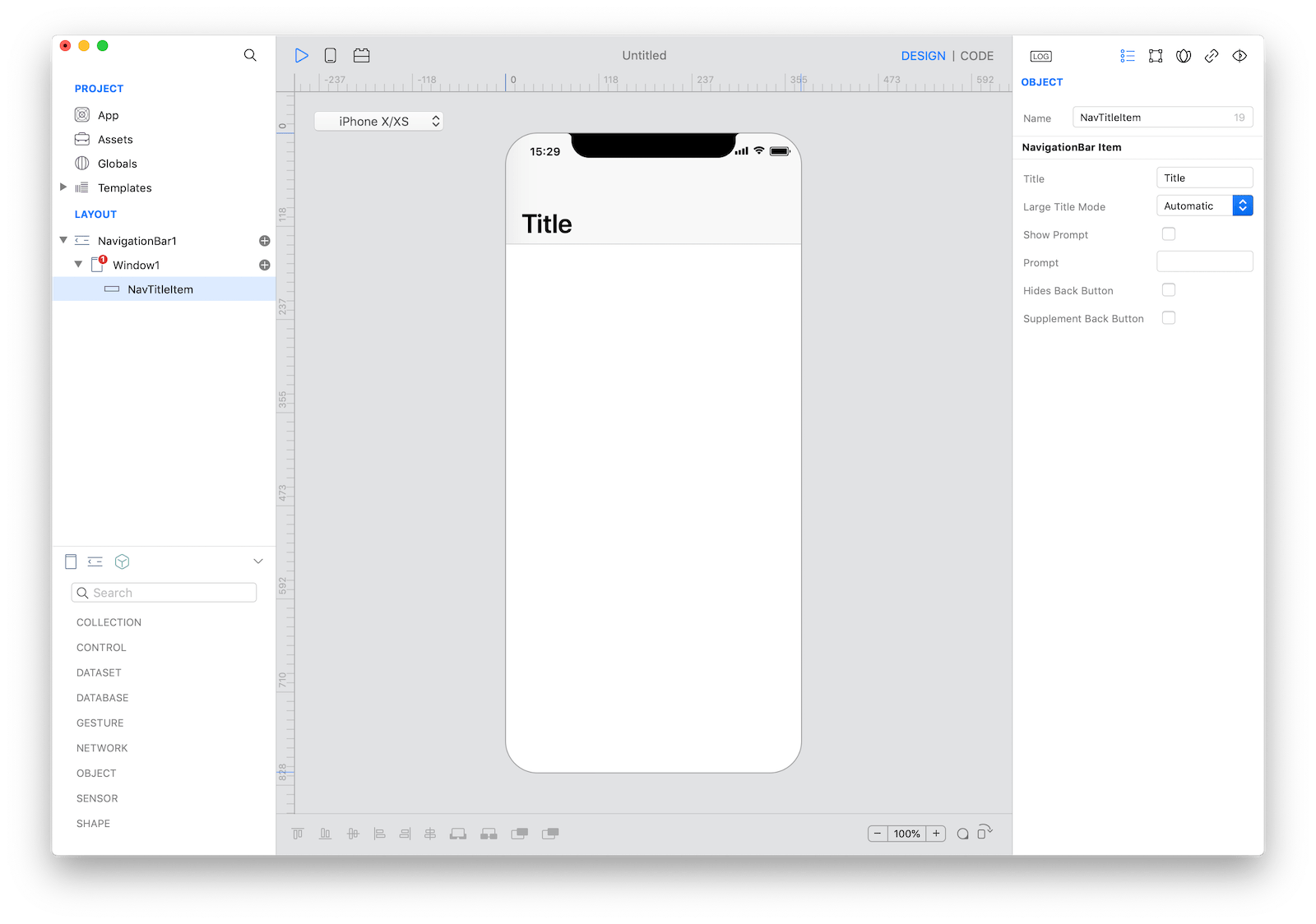 It is important to point out that you'll see how the Window will appear inside a Navigation ONLY when that Window will be presented inside a navigation control.